The village is made up of scattered hamlets situated on the sunny side of the upper Po Valley with a great view of Monviso (3841 mt). The Po river, in its lowest part, crosses this territory.

Even though it is necessary a four hour walk to visit all the hamlets, this is the easiest way to see this Alpine corner of Occitania. During the winter snow shoes and boots are recommended. The architecture is based on a spontaneous mix of stone and wood with the typical tiled "lose" roofs. This mountain was well populated in the past and the fields were cultivated with big stone slabs limiting them.

Discover a wonderful landscape and its amazing stories!

The main road brings you to La Villo (the Occitan word for Villa), home of the town hall, the ethnographic museum, the post office and in the next future of a rock-climbing wall, a wellness centre and a rural hotel. Before entering La Villo the road forks to the houses of Marquét (Marchetti) and Champët (Ciampetti) placed on a small plain ending with a rocky cliff.
Carrying up along the road from La Villo you will come across the Lou Counh and Bas hamlets (Cugn e Bass) before getting to the hamlet of San Bërnart (San Bernardo) where besides some skilfully restored houses it is possible to admire a beautiful medieval fresco in a small church. A walking path brings you to Samicoulàou (San Nicolau) where you can see the most ancient church of Ostana dating back to the XIV century. Here you find also some barme, which are refuges under the rock that were used to shelter the cattle from bad weather or as a larder for milk. In 1480, the space nearby the church was used as a lazaret for people infected by plague.

Further on you will meet the hamlets of La Ruà (Bernardi) and Miribrart (Sant'Antonio). The latter represents  possibly the most interesting nucleus, with its houses, leaning one against the other. On the walls of the houses in Miribart it is possible to find a large stone (pèiro dal milezim) with the date of building carved on it: some of them date back to the beginning of the XIX Century. Today, Miribart is being restored and the project is to create a widespread hotel including all the untenanted houses and an eco-museum about Alpine Architecture and Occitan Culture. From here you can carry on to Lou Sére (Serre) where you find Le Mèire, seasonal altitude settlements, with pastures set between valleys and cliffs with a spectacular view on the Monviso.
At this point, you can decide whether to continue the itinerary of Le mèire (three hours walk) which reaches Pion da Charm (Pian de la Ciarm, 1635 metres) and follows the cattle tracks through the mountain pastures. The view is wonderful and at Punta Sellassa (2036 metres) or Cima Ostanetta (2300 meters) it is possible to admire the whole Alpine Range: Monviso, Monterosa and the Cervino mountains.

You can reach Champanho (Ciampagna), the most distant hamlet, neighbouring with Crissolo, by the paths starting from Miribrart or Lou Sére in around 1 hour walk or by the municipal road before the entrance in La Villo. Set amongst maples, ash-trees and dry-walls, the road is pink during the summer thanks to the sweet-williams.  After Champanho, crossing two streams, nature flourishes: there are papilionacae, birches and in the undergrowth raspberries and blueberries. 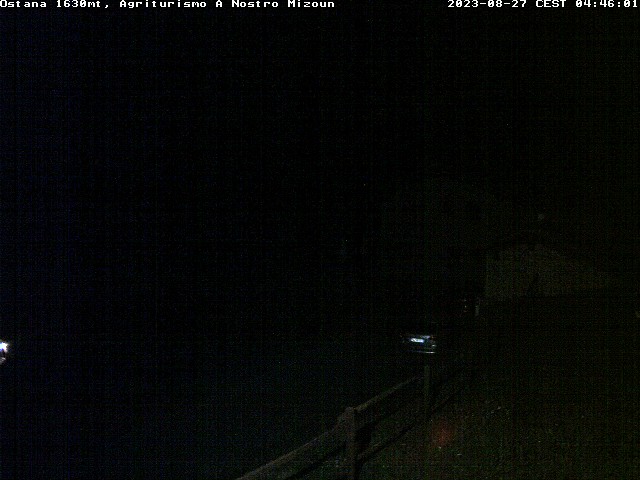